I have been so intent
on the sinking of my ship
that I was afraid to look
under the water.

Even in the life boat,
I was too busy to see
the other way.

But there it is. END_OF_DOCUMENT_TOKEN_TO_BE_REPLACED

May 2017, by Heidi Loeppky –
(based on Cliff Barry’s work on Parallelism)

END_OF_DOCUMENT_TOKEN_TO_BE_REPLACED 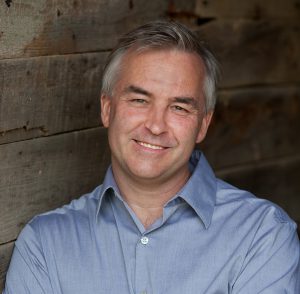 I discovered Shadow Work® five years ago. Since then I have done dozens of processes and profoundly transformed my inner landscape and outer circumstances. END_OF_DOCUMENT_TOKEN_TO_BE_REPLACED

In the year 2001, I was certified as a Shadow Work® coach and group facilitator. In the spring of 2015 I began doing anti-racism work: studying racism, co-leading a biweekly discussion group about race, attending anti-racism trainings, and learning to “interrupt” racism where I encounter it.

During that time I’ve been very struck by the differences between Shadow Work and anti-racism work, as well as by the similarities. I thought writing about it would clarify my thinking, and it has certainly clarified for me what I’m still ignorant about.

I identify as “white,” so this essay comes from a “white” perspective. I identify as female (she/her), middle class, able-bodied, age 65, ethnicity primarily Anglo-Saxon, a US citizen, and a pagan (Jungian) Quaker with a Swedenborgian (Protestant) upbringing. On the Enneagram I’m a Self-preservation Six with a five wing. On the Shadow Types I’m high Magician, low Sovereign, highest in Alerting and Upholding, lowest in Idealizing and Identifying.

A note to readers who are people of color: If I’ve said anything that is offensive or simply incompletely informed, I don’t ask for your feedback, as I believe that would be inappropriate, and if you choose to offer me feedback I will do my best to accept it with grace and gratitude.

One big similarity between Shadow Work and anti-racism work is a shared belief that a safe container is key for all concerned. What “safe” means, however, can differ a lot depending on who is present; more about that in a minute.

In every training and workshop I’ve attended so far, the leaders have imposed guidelines intended to create as safe a container as possible for the time allotted and the skills of those present. In the group I’m co-leading, we use Clean Talk and confidentiality.

Another big similarity is a shared belief in the existence and influence of unconscious parts of the self. In anti-racism circles, the unconscious selves most often discussed are implicit biases. I suspect that beliefs about what can be done about these biases can differ a lot.

Dr. Robin DiAngelo, a leading expert in how white people can “wake up” in order to engage in anti-racism work, talks about the difference between lenses and frames.

I think most of us in Shadow Work share a belief that as adults we are profoundly influenced by our early life experiences, and that when we refer to that influence, we are most often referring to the lenses. For example, the ways in which I was wounded in family relationships have profoundly shaped my relationships today.

Dr. DiAngelo describes the lenses as “aspects of identity that are more unique to us—what we think of as our personality, our family influences, our birth order, and our unique experiences.”

In anti-racism work, it becomes necessary to look more closely at the frames, where race and other factors (gender, class, sexuality, etc.) help create a context within which we live in the world.

When I first encountered this eyeglasses metaphor, I was surprised and even a bit offended. I think Shadow Work focuses primarily on our unique personal experiences rather than on what we share with the social groups to which we belong. I’ve done a few Shadow Work processes over the years that took me to a realm of symbol and meaning where my physical reality seemed almost insignificant by comparison. The eyeglasses metaphor seemed to suggest that factors like my age and citizenship were more significant than either my unique experience or that realm from which I have derived meaning.

I no longer see it that way. I am both an individual and a member of many groups. Anti-racism work and Shadow Work complement each other, allowing additional insight into who we are, why we behave the way we do, and how to become the people we long to be.

FRAMES AROUND A TOMBSTONE

For example, if I do a Tombstone process in my living room, to give back a painful dynamic I’ve been carrying as a way of loving someone, I think it happens within at least these other wider contexts:

In my Shadow Work coaching practice, I’ve taken frame into account at times, as for example, when working with a male coaching client who mentions that we are of different genders. My response has generally been to interview the client’s Risk Manager to determine if the client feels sufficiently safe working with a female coach.

When the frame has come up in conversation outside of a session, I’ve stopped talking about a specific issue and talked instead about Shadow Work’s underlying beliefs, as for example, that Shadow Work doesn’t require that a person subscribe to any particular spirituality.

Now that I’ve mentioned frames, it gets a little easier to describe perhaps the biggest and most difficult difference I’ve encountered, namely, in whether or not to release (to let myself feel fully, and to express to others) the emotions that come up in me as I do anti-racism work.

One of the reasons I’ve loved Shadow Work so well is that in containers I can often be fully in my feelings and be emotionally safe when I express them.

In anti-racism work, as a general rule, I can be fully in my feelings and safely express them only when I’m with other white people – I must pay attention to frame, or context. To ignore frame when people of color are present can often hurt, burden or trigger them, and render a container unsafe for them.

When I study the horrors of slavery, Jim Crow, mass incarceration, police brutality and so on, I have sometimes felt a deep sadness. As a Shadow Work facilitator, I’ve always pictured emotions as rivers: they are natural, and I’m healthiest when I can let them flow, time and place permitting.

I find I need a different strategy as I do anti-racism work. When I’m in a group that includes people of color, expressing my sadness openly can make the group experience much more difficult for them, can even make it impossible for them to remain emotionally present. In order to be in integrity as I work alongside people of color, I must consider the context.

Why? People of color have for centuries been required to “take care of” white people by helping them avoid uncomfortable feelings. So a person of color may find it difficult, even impossible, to avoid hearing my sadness as a request or demand to help me feel better. (There’s a social media hashtag for this one, #WhiteTears.)

GUILT, SHAME, AND USING A SWITCH

Many white people, myself included, readily fall into guilt and shame as we become knowledgeable about the horrors that white people have perpetrated on people of color and, worse, see white supremacy within ourselves.

No one I know was responsible for starting this system called racism (though I have ancestors tracing back to American colonies where racism as we know it today and the concept of whiteness were first encoded in law).

I feel shame that says, I am by birth a member of a group that has preyed upon members of other groups for centuries, and I can’t leave my group, ever.

Usually when I feel guilty, I try to make amends in some way, and I can certainly do that by engaging in anti-racism work, and that helps a little. I make mistakes all over the place, and I feel good about being one of the white people who’s still trying.

Usually when I feel shame, I delve deeply to find the reason and do predator work to transform the voices of shame inside. Delving for reasons isn’t that helpful right now, because they’re pretty evident, and if I did predator work every time I felt shame I’d be doing a process just about every day.

What’s most different is that I hear clearly from black friends and leaders to simply turn off the guilt and shame like a switch, if I can, because (a) they know the discomfort can stop me from moving forward, and (b) while I’m processing my shame, black people are dying out there — and not only from shootings but from lifelong trauma and a healthcare system that consistently discriminates against them.

I’ve talked with friends who stopped because the feelings were uncomfortable, so I know that’s real.

Still, after 20 years of delving, using a switch to turn off guilt and shame is still pretty foreign to me. It helps a little to remember

A FINAL WORD, FOR NOW, ABOUT CONTAINERS

In some trainings I’ve attended, participants are asked to make four agreements:

I find these agreements create a container that’s different from Shadow Work, and I’ll be saying more about that, and about different agreements used in other trainings, in Part II.

This article originally appeared in our free email newsletter in July 2016. To subscribe, visit our subscription page.

Perhaps it’s true that John F. Kennedy was shot on the very same day that my eating disorder began. END_OF_DOCUMENT_TOKEN_TO_BE_REPLACED