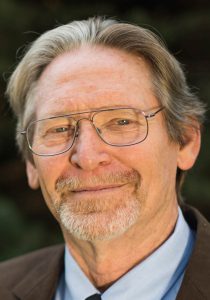 Cliff Barry designed the Shadow Work® Process, founded Shadow Work Seminars, and co-authored the manuals for all Shadow Work trainings. Formerly a minister, Cliff has been a lifelong student of the science of symbols and sacred mythology.  Cliff has been facilitating since 1988. He has led workshops and trained internationally.  Also a founder of the Inner King Training, Cliff models a profound respect for individual safety and self-direction in every moment of the Shadow Work Process.  He is known for his philosophical depth and perceptual acuity as he continues to expand the Shadow Work Model.

Vicki Woodard joined the Shadow Work organization as an employee in 2001. Her background is in Education and she was an Elementary teacher for 29 years.  Vicki was introduced to Shadow Work in 1996 and began her training in 1998. She is a Shadow Work Mentor and is certified for both group facilitation and individual coaching. Vicki has been a Certified Trainer since 2006 for all Shadow Work trainings. She has both trained and facilitated internationally.  She and Cliff were married in 2005.


Judge Mattocks, Jr. studied Political Science and was an athlete at the University of North Carolina in Chapel Hill during the era of forced integration. He also studied Electronic Engineering during his Naval career.  Judge compassionately champions a non-dominant-cultural point of view.  Judge has been a Certified Co-leader in the ManKind Project (MKP) since 2007.  He is Certified as a Shadow Work Coach, Group Facilitator, Trainer and Mentor.  And Judge is now the newest owner and partner in the Shadow Work business.