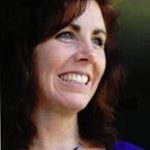 On the Clean Talk CD, Cliff Barry uses the phrase “the story I tell myself” when it comes time for him to own up to how he is assessing a situation.

Other authors have written about how important it is to see that the data-reporting part of Clean Talk is less significant than what we decide is the reason the incident happened. And I wonder how to change the stories we tell ourselves that cause internal damage and poor external choices.

“So what do you think is the answer to my dilemma, Cindy?” my friend Jill asks.

Invariably and irreverently, the number 42 pops into my head when someone asks me that kind of question. (See The Hitchhiker’s Guide to the Galaxy.) But instead, I invite her to retell the whole thing as if it were a fictional story.

In Shadow Work®, the archetypal energies are very easy to visualize. When Jill converts the real-life dilemma into how she imagines a story about the dilemma would play out, it becomes easier for me to see what might be missing.

“Let’s imagine that you have a little kingdom,” I reply.

When I want to see what archetypal energies are in play, I use “kingdom.” The word leads to the assumption that there’s a sovereign. The village concept I’ve talked about before is also helpful and can bring out other characters and fascinating settings. Mist, quicksand, dungeons, caves, parks, lakes and forests show up.

GIANT AT THE GATE

She tells the story. A great big mean giant comes up to the gate and demands entry.

She thinks about that for a bit and then says, astonished, “A little girl does.”

“She looks about five.”

“And then what happens?”

“He shouts at her and stomps on her. She gets totally trampled.”

I say, “Five-year-olds aren’t really designed to take on giants or to guard gates. So who gave her the gatekeeper job?”

Jill goes on a hunt for the missing characters, and it turns out that the Queen had locked the magician in a tower and no one knew where the warrior was. The little girl figured she had to do the job because there was nobody around to do it.

I ask Jill what she thinks should happen next. She decides that the Queen has to get the magician out of the tower so he can find the warrior. Then the Queen takes the little girl and gives her a magical bath and feeds her tea and cookies.

Tears well up in her eyes as she describes what is happening.

“I feel so peaceful,” she says.

“And has the magician found the warrior?”

“Yes. He was working in a cotton field.”

I thought that was a pretty wild place to stick a warrior, but it’s her story.

I prompt Jill to decide who is going to deal with the giant. She decides to send both the magician and the warrior. But when they get to the gate, she has another astonishing realization. It’s not a giant standing there. It’s just another warrior.

“I think that a very big warrior would look like a giant to a little person,” I say. “And any voice he used would be terrifying to her.”

Jill takes some minutes to imagine this new scenario and comes to the conclusion that the Queen needs to make sure the little girl is off guard duty and that her new job in the kingdom is to play. She posts the warrior at the gate and puts the magician back in the tower to watch but not to get locked up. The whole thing gets adjusted in her imagination. She grins at me.

“I guess when my husband wants to confront me again,” she says, “I’ll make sure I don’t send a little part of me out to try to contain him.”

“It sounds like you’ve given yourself a great answer.”

I didn’t even get to say that mine was 42. It’s quite helpful to realize that sometimes in a regular old life argument, we are sending out the wrong parts of us to try to handle it. It’s worth going on a search to find who’s missing and imagine getting their voice back into the dialogue.

It works equally well to realize, when a conversation is headed south, that the person we’re in conflict with may have a smaller part acting as gatekeeper as well. And if two younger parts get going at each other, two adults start sounding like little kids fighting on the playground. Been there, done that. Have you ever caught yourself thinking, “He is such a little boy.” Or “She seems so very fragile.” Those are great indicators that probably you are running into “little” energy and the conversation is not likely to go well. Young children aren’t the ideal pick to send in for adult negotiations or assessments.

I think her Queen’s idea on tea and cookies is a great plan. If I add wine for the Queen and books for both of them, it’s really perfect. Let the warrior guard the gate for a while. Let the magician be watchful for danger. And while we are reading, I’ll be thinking of more ways to experiment with how a story can unearth painful dynamics without being a shame-filled experience. A good story can become a choice-giving tool.

Tell the story. It will tell you.

This article originally appeared in our free email newsletter in November 2013. To subscribe, visit our subscription page.