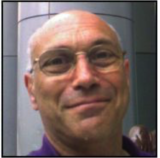 John Kurk is the pioneer of Shadow Work® in the United Kingdom and Europe. The first time he experienced Shadow Work® in 1992, he knew he wanted to bring it to Europe and he has realised his intention. Over the past 20 years, he and his wife Nicola have trained and developed a flourishing community of Shadow Work® practitioners, and John continues to provide leadership, training and mentoring to certified practitioners throughout Europe.

He has led Shadow Work® group seminars in many countries throughout Europe as well as transformational business workshops and retreats. He is also a qualified Leader and Leader Trainer for the Mankind Project and an affiliate trainer for Interaction Associates. For individuals and couples, John facilitates Shadow Work® sessions and offers psychological life coaching.

Together with Nicola, he brought the first Shadow Work® sessions and training to Russia and is developing and nurturing a brand new generation of Russian facilitators and coaches.

After graduating with a degree in Physics with Humanities, John spent five years at the Centre for Alternative Technology in Wales in its early foundational phase. He is a skilled builder and cabinet maker and personally renovated the 17th century outbuilding in which he and Nicola hold individual and group sessions and trainings at their home in the heart of England.

He brings the same passion for excellence and attention to detail to Shadow Work® and is known for creating a safe environment in which people can explore and transform their most challenging emotional and psychological problems without shame.

He is particularly skillful in reading and tracking body language to reveal trauma held in the body, helping people to release and resolve deep-seated issues. His rare combination of compassion and integrity allows clients to challenge their limiting beliefs and re-energise their lives while remaining true to themselves.

John and Nicola Kurk have pioneered the development and practice of Shadow Work® throughout Europe over the past two decades. As founders and mentors of a community of Shadow Work® practitioners stretching through Europe and Russia, they continue to inspire, train and mentor a new generation of facilitators and coaches. They are the only people certified by Cliff Barry, the creator of Shadow Work®, to offer the entire suite of training programmes: Basic Facilitator Training, Advanced Facilitator Training, Leader Training and Coaching Training.
They brought the first ever Shadow Work® facilitation to Russia ten years ago. Since then, they have trained, mentored and guided a new wave of professionals to deliver the work. Shadow Work® is now officially recognised in Russia by the Jungian Institute of Psychology.

They also offer group Shadow Work® sessions and individual coaching in beautifully renovated premises near their home in Broadway, Worcestershire. They use retreat settings for work with larger groups and often travel internationally to run group sessions and deliver training. They are known for their ability to create a safe and shame-free environment in which people can explore and resolve core emotional and psychological issues.

Clients experience a renewed sense of connection to previously buried or unknown — but longed for — aspects of themselves; new levels of passion, engagement, creativity and acceptance emerge effortlessly. Many people notice a new ability to bring themselves fully and authentically to their relationships and to their life’s work. John and Nicola’s deep empathy, insight and skill produce extraordinary results in a very short space of time.

Read an interview with John.